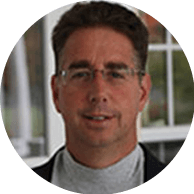 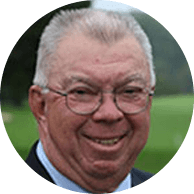 Harry Hammond served as Director of Golf at Whitford Country Club from1969-2007. In 2005, he had the opportunity to join a group of business men in purchasing Penn Oaks Golf Club where he serves as a partner and their Director of Golf. Teaching the game to our young men and women has been a passion for Harry and he has had over 40 of them selected to play college golf. The junior program at Penn Oaks has grown every year and now includes over eighty children learning to play. He also enjoys working with adults to insure they gain the maximum enjoyment from the game.

Honors received by Harry include: 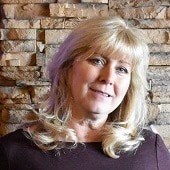 Dawn has been with the Penn Oaks family for over 18 years. A proud mother and grandmother of three wonderful children, and seven grandchildren. Her experience, outgoingness, eye for detail makes her the perfect person to plan and coordinate your wedding, event or golf outing a day to remember. Dawn Ensures That Your Guests Will Praise Your Special Event For Years To Come. 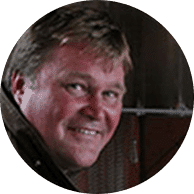 Mark is a graduate of Penn State University where he focused on turf grass management. He has been in the industry since 1982, spending extensive time at Wilmington, Bidderman, and Oakmont Country Clubs. And has been with Penn Oaks since 1991. 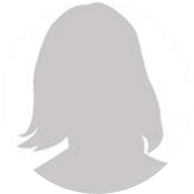 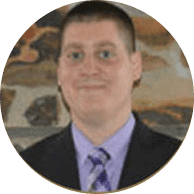 Brendan graduated from West Chester University where he received a degree in business management. He has worked in numerous fields such as marketing, sales, and technology. Brendan has a passion and a goal for integrating the newest technology into the golf industry. 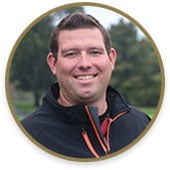 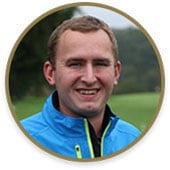 PGA Assistant Golf ProfessionalThomas is a product of Penn State University’s PGA Golf Management program. Prior to Penn Oaks, Tom was an Assistant Professional at The Country Club of Waterbury in Connecticut. In 2011, Thomas became a member of the PGA. In 2012, Thomas became a certified U.S. Kids Golf Instructor and member of the Positive Coaching Alliance. He was also awarded U.S. Kids Top 50 Honorable Mention Teachers in the country. Tom is a certified Titleist Fitting Works club fitter.

Susan has been with Penn Oaks since 2007. Susan has a background in the Hospitality Industry with a focus in Sales and Marketing, which is reflected in her years spent with various Hotel Brands. Susan makes for a great golf gear buying experience and always has the Pro-Shop stocked with both traditional and contemporary golf styles.

Dawn has been with the Penn Oaks family for over 18 years. A proud mother and grandmother of three wonderful children, and seven grandchildren. Her experience, outgoingness, eye for detail makes her the perfect person to plan and coordinate your wedding, event or golf outing a day to remember. Dawn Ensures That Your Guests Will Praise Your Special Event For Years To Come. 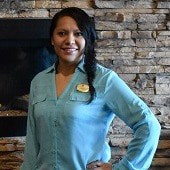 Carina has been in hospitality business for many years and with Penn Oaks since 2010. She loves her job and it shows. She will listen carefully to your event desires & share ideas with a calm, friendly demeanor. Her reviews on the Knot & Wedding Wire show how dedicated she is in making your event simply perfect! Give her a call she will make sure you are thrilled with your event. 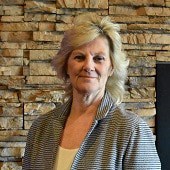 After a career in the legal field Ramona pursed her passion in the Hospitality Industry bringing over 16 years of experience as an Event Planner to Penn Oaks. A graduate of West Chester College and Villanova University her attention to detail and passion for the industry helps her to make the clients day most memorable. Ramona enjoys traveling, the beach and spending time with her daughter, Chandler.

Lisa has been with Penn Oaks since 2006. Working closely with the event coordinators, Lisa ensures that your special event exceed any and all expectations, making your day Simply Perfect. 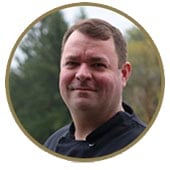 Matt attended the Academy of Culinary Arts in Atlantic County, NJ and has been in the culinary industry for more than eighteen years. Matt has prepared foods for various recognizable CEO’s and Celebrities alike. In his ten years with Penn Oaks, he has continued to create new and exciting menus for members and banquet patrons. Let Matt make the flavors of your special events, ones to savor.

In his 30 years of restaurant experience and traveling abroad to countries in Europe, Asia, and South America with the Philadelphia Boys Choir and Chorale, Bob has developed his ear for perfect pitch as well as taste for the perfect palate. Pairing wine with food has always been one of his passions and creating varied social events for the membership keeps the activities at Penn Oaks fresh and exciting. 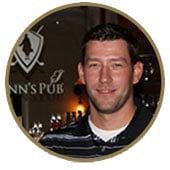 Andrew has been an Authentic Bartending Graduate since 2002 and has been with Penn Oaks for 5 years. By working closely with the Food and Beverage Director, Penn Oaks is constantly rotating its wine, spirits, and beer selections.

Lawrence Greenberg
23:23 22 Mar 18
Perfectly executed corporate event. All the plates where ready at the right time. The food was decent. The seating was comfortable. Nice room. Not gourmet but just fine.

Tinnealle Reed
16:32 23 Oct 17
The best wedding I ever attended, including my own! Besides the bees, I have no complaints! The staff was friendly, attentive and the food was so good. Thank you for the hospitality.

Anthony Medici
16:50 19 Nov 17
Beautifull setting, the club room was well appointed and very accommodating. Good food, beverages and the servers were pleasant and very helpfull. Overall a good time was had by all.

Jacquelyn Carpenter
14:27 29 Oct 17
Beautiful reception. The facility is lovely and the hors d'oeuvres and dinner delicious. I would highly recommend this Country Club for your next event.

Peggy Russell
20:07 09 Oct 16
Not military friendly. We were essentially ready to sign a contract for our wedding reception, and they were all on board until we inquired about a military clause. They sold the date out from under us without warning and only called with a vague apology and no alternatives. If you are military, you would be better off booking somewhere else. Springfield Country Club has been great so far for us!

Evelyn Santucci
01:30 18 Sep 17
Attended a wedding there today and it was absolutely beautiful....the outdoor setting, the food, the service....all was excellent.

Lauren Naylor
18:21 11 Dec 18
Been here for several weddings and it has been great each time! There is plenty of parking and the food and venue is very nice

Margaret Ridall
01:35 06 May 19
I had the pleasure of officiating at a wedding at Penn Oaks Golf Club, this past weekend. It was a seamless and wonderful experience from start to finish. The support and attention to detail was top drawer. Ramona Swift was the wedding manager and she made herself completely available to me and to everyone involved with the wedding. I can't say enough about the perfection of the day and those leading up to it and I will highly recommend Penn Oaks Golf Club to anyone looking for the perfect wedding venue.Rev. Margaret C. Ridall

Eric Miller
19:33 16 Jul 19
From the outside in this place looks like a decent country club but to tell the truth it’s not a country club at all. For me the main reason was some old washed up cop who worked there as the range guy. Biggest jerks I have ever meet and made my experience awful and even got to a point we’re i thought about canceling the free membership they gave me and joining concord country club well I was thinking that until they took it away from me for my dad asking questions That it seemed like no one in the place had the answer to ever. They put false charges on my account and thought we were lying when questioning. This place is only good for old members who don’t know the difference between a slice and draw in golf and also some of the worst range balls know to man prolly made my game worse. But the main problem Is Paul. Paul. Paul

Eric Miller
03:07 22 Jul 19
Not friendly do not recommend to good golfers trust me rude staff

Erin Pavillard
22:17 23 Jul 19
Having our wedding at Penn Oaks was, hands down, the best decision we could have made. I truly think you'd be hard-pressed to find another wedding venue in the area that keeps its grounds as meticulously, cares for its couples as deeply or commits itself to serving as delicious food, as Penn Oaks does. From start to finish, every single wait staff member that I encountered knew exactly what they were supposed to be doing on our wedding day. Our guests are still commenting on how beautiful the day was and exceptional the food and service was. Our coordinator, Dawn, made everything simple and truly knows how to guide a bride! The day-of coordinator, Lisa, consistently checked on me, my husband, and our families during the wedding day to make sure we had what we needed. I can't say enough good things!! Our wedding & reception simply would not have been the same anywhere else!

Eric Miller
21:10 30 Jul 19
One of my best experiences ever. Very nice and prestigious course with some of the nicest staff ever. I recommend joining here and improving ur golf game at the beautiful country club penn oaks

The Anne Marie Kerezsi Real Estate Team
02:56 19 Sep 19
We were there this weekend for a baby shower and it was lovely! The club house was the perfect spot. They allowed personal decorating which made the event that much more special! Great food, convenient location, lots of free parking, beautiful atmosphere and very accommodating!!!

Gina O'Leary
18:57 24 Sep 19
Wonderful venue for a wedding. Top notch. The grounds are lovely; food was delicious and everything was really quality. Highly recommend.

Kaitlyn McCarthy
14:43 09 Dec 19
We knew we made the right choice with going with Penn Oaks for our wedding since the start. Our first time there everyone was so nice and welcoming unlike any other venue my husband and I viewed. We were offered drinks and provided with hor deurves, something so small that meant so much to us that no other venue we viewed even thought to do. Dawn had sold us from the start. We knew she was someone that we wanted to work with and be surrounded by on our wedding day. Dawn was so helpful throughout the planning and provided extremely helpful tips throughout. Dawn did AMAZING decorating and truly brought everything I had envisioned to life. On our wedding day, we also worked with Lisa who was so sweet, calm and attentive to all of our needs. On our wedding everyone took such amazing care of my husband and I. I mentioned to the wait staff one time that I loved the spring rolls and every wait staff who had spring rolls made to sure to stop by me because "they heard the bride loved the spring rolls". The food was incredible and our guests are still talking about it! The grounds were also amazing. There are so much included in their packages that you truly cannot go wrong. Penn Oaks truly went above and beyond for our wedding day and we cannot thank you enough! We look forward to coming back for our one year anniversary dinner! Thank you!!
See All Reviews